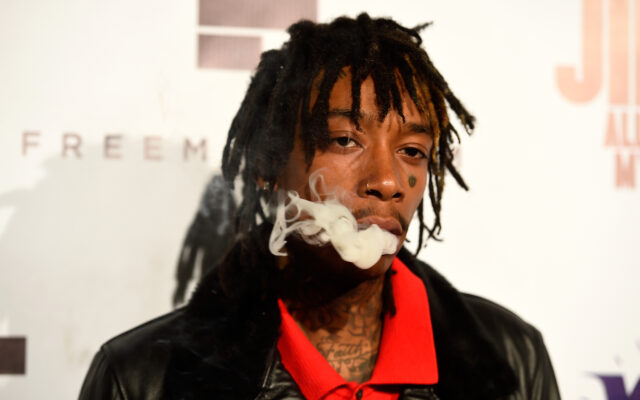 HOLLYWOOD, CA - SEPTEMBER 22: Rapper Wiz Khalifa arrives at the Screening Of "Jimi: All Is By My Side" at ArcLight Cinemas on September 22, 2014 in Hollywood, California. (Photo by Frazer Harrison/Getty Images)

After the video of Wiz Khalifa yelling at a DJ in LA surfaced, many DJs took to social media to condemn Wiz’s behavior.

Now, Wiz is apologizing to the DJ community for the way he acted during his club appearance.

Wiz said, “Well, first of all, I want to apologize to all the DJs and the entire DJ community for my behavior.”

He continued, “I do realize that it was a bit much and I’m a big enough man to be like, ‘Yo, that shouldn’t happen. That shouldn’t go down. That’s not how business gets handled and that’s not how you get your point across.'”

He added, “So I apologize to anybody who I offended sincerely. Yeah. I didn’t want to p**s anybody off.”

Do you think the DJ community will accept Wiz’s apology?