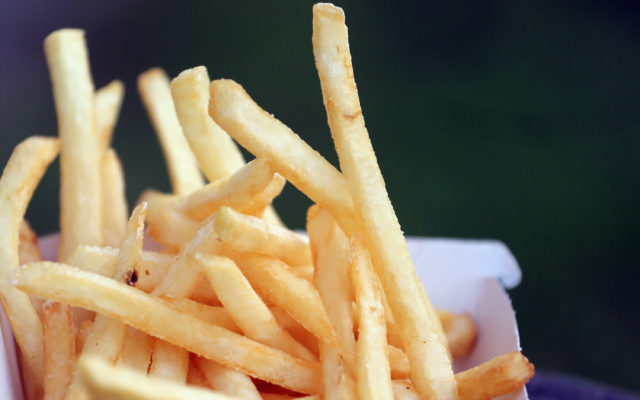 BRISTOL, ENGLAND - JANUARY 07: French fries from a fast food outlet is seen on January 7, 2013 in Bristol, England. A government-backed TV advert - made by Aardman, the creators of Wallace and Gromit - to promote healthy eating in England, is to be shown for the first time later today. England has one of the highest rates of obesity in Europe - costing the NHS 5 billion GDP each year - with currently over 60 percent of adults and a third of 10 and 11 year olds thought to be overweight or obese. (Photo by Matt Cardy/Getty Images)

Wendy’s is guaranteeing their new fries.

The company announced its new “Hot & Crispy Fry Guarantee” today saying, “We know customers deserve better than the cold, soggy fries they’ve been receiving at competitors. That’s why we’re committed to delivering hot and crispy fries with every single order.  If your fries aren’t hot and crispy when you receive them, we’ll replace them, no questions asked.  This guarantee is an expression of the trust we’ve built with our customers, assuring a high-quality, craveable experience every time.”

The chain announced in August that it was changing its fry recipe, saying the new recipe stays hot and crispy longer.

The fries are available now.

Who has the best fries?

Amanda Seyfried regrets filming nude scenes at 19: “I wanted to keep my job”