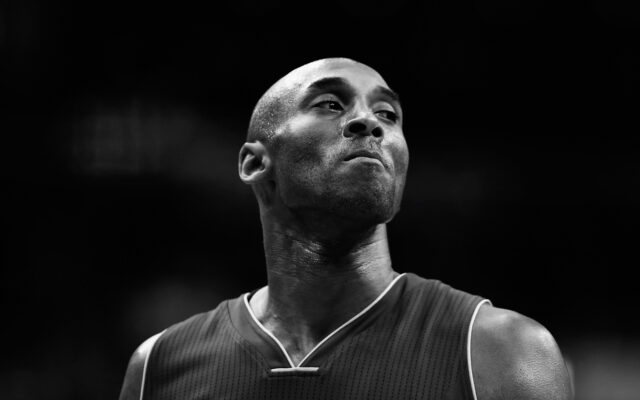 WASHINGTON, DC - DECEMBER 02: (Editors Note: Image has been converted to black and white) Kobe Bryant #24 of the Los Angeles Lakers looks on against the Washington Wizards in the first half at Verizon Center on December 2, 2015 in Washington, DC. NOTE TO USER: User expressly acknowledges and agrees that, by downloading and or using this photograph, User is consenting to the terms and conditions of the Getty Images License Agreement. (Photo by Rob Carr/Getty Images)

Wednesday it was announced that the Staples Center would be changing its name for the first time in 20 years.

The image shared by Bryant shows a picture of her husband and a crown with the caption, “Forever known as ‘The House That Kobe Built.'”

The Staples Center will be renamed to the Crypto.com Arena.