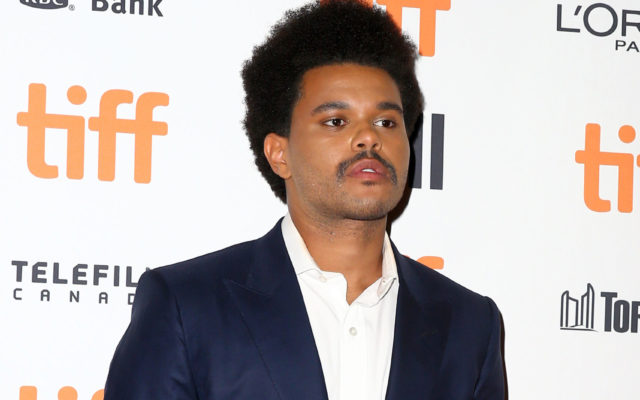 TORONTO, ONTARIO - SEPTEMBER 09: The Weeknd attends the "Uncut Gems"premiere during the 2019 Toronto International Film Festival at Princess of Wales Theatre on September 09, 2019 in Toronto, Canada. (Photo by Tasos Katopodis/Getty Images)

The Weeknd received a very special gift for his 31st birthday from his manager, Amir “Cash” Esmailian.

The gift was a Super Bowl Championship ring that honored The Weeknd’s Super Bowl halftime performance. The ring has 16 carats of VVS diamonds that spell out “XO” with the Lombardi Trophy in the middle surrounded by the words “World Champions.”

The ring also features the Weeknd’s name, the official score of Super Bowl LV, and the date, with Super Bowl 2021 on one side and the Pepsi Halftime Show logo on the other.

Not only did the Weeknd receive the special gift but all of the members of his team did.

What did you think of The Weeknd’s halftime performance?