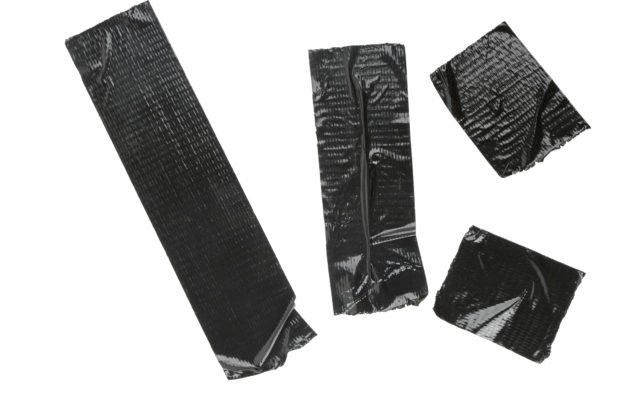 A Washington state teen has scored a $10,000 college scholarship by making her own prom dress — entirely out of duct tape.

Sunnyside resident Larissa Leon, 17, has won Duck Brand Duct Tape’s “Stuck at Prom” contest by creating a gown inspired by traditional Mexican Folklorico dresses. “The gown was designed to honor my culture, helping me pay homage to my roots,” Leon says, “along with making a beautiful dress for prom that’s made out of duct tape, something that many of my friends and family thought to be impossible.”

Leon says she worked on the 20-pound dress for 163 hours, using 47 rolls of duct tape. She also made a purse, a crown, earrings and shoes — also out of duct tape, she says. “I knew that I wanted to do something really big, something very colorful,” she says. “Not only a dress; I wanted it to like represent me and be a part of me because I didn’t just want to do a regular old prom dress.”

What’s the most creative thing you’ve used duct tape for?