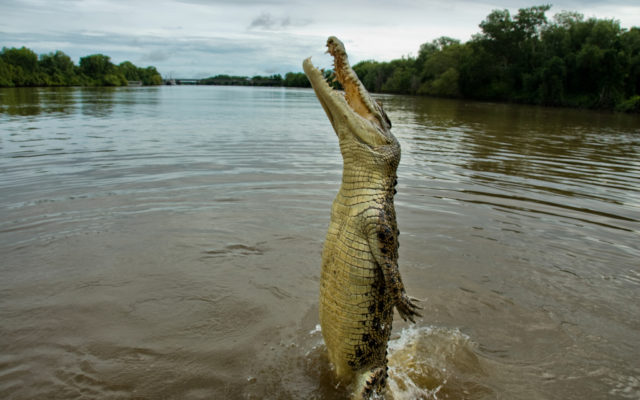 A tropical vacation turned into a nightmare for an 18-year-old California woman, when she was attacked by a 12-foot crocodile.

Kiana Hummel went for a late-night ocean swim at her resort in Puerto Vallarta, Mexico when the croc grabbed her leg and dragged her under the water.

Hummel hit the crocodile until it let go off her right leg – only for it to latch onto her left ankle instead.

A group of people were finally  able to free her, and Hummel  suffered extensive leg injuries but no lost limbs.

Hummel says they were never warned of the possible danger, and that the beach had only one small warning sign – which wasn’t lit up at night.

What wild animals scare you the most?  Would you go swimming in the ocean at night?