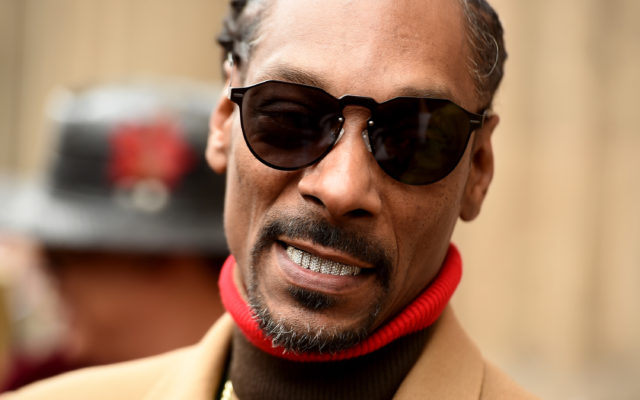 LOS ANGELES, CA - NOVEMBER 19: Snoop Dogg is honored with a star on The Hollywood Walk Of Fame on Hollywood Boulevard on November 19, 2018 in Los Angeles, California. (Photo by Kevin Winter/Getty Images)

After Eminem dropped “Zeus” from his recent album, “Music To Be Murdered By Side B” fans took the lyrics directed at Snoop as a diss and questioned the friendship between the two Dr. Dre proteges.

After hearing the lyrics Snoop dropped, what many perceived as a warning on a fan account saying Em better “pray I don’t respond.”

Fast-forward to Dr. Dre being hospitalized for a brain aneurysm and now it looks like tensions have cooled.

A fan posted a picture of Dr. Dre, Eminem, and Snoop Dogg with the caption, “Wonder what happened?” to which Snoop responded, “Nothing, we good.” along with an arm flexing.

Who do you think is the better rapper? Eminem or Snoop Dogg?