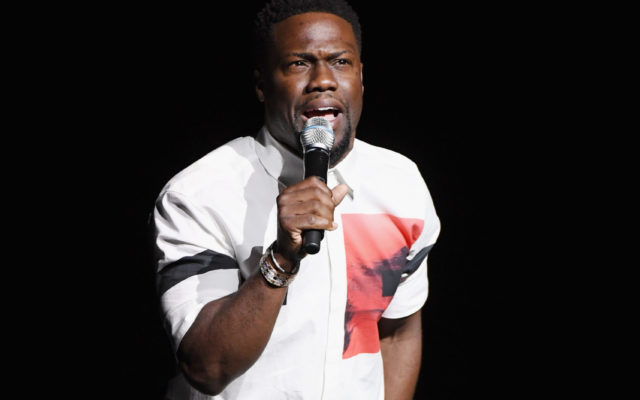 LAS VEGAS, NV - APRIL 25: Actor Kevin Hart speaks onstage during CinemaCon 2018 Universal Pictures Invites You to a Special Presentation Featuring Footage from its Upcoming Slate at The Colosseum at Caesars Palace during CinemaCon, the official convention of the National Association of Theatre Owners, on April 25, 2018 in Las Vegas, Nevada. (Photo by Ethan Miller/Getty Images for CinemaCon)

A teaser shows the first few episodes where the comedian is chatting it up with Miley Cyrus, Don Cheadle, and Kelly Clarkson.

The show is set on location in Hart’s wine cellar.

What celebrity do you hope to see on Kevin Hart’s new show? Do you think Kevin Hart could take a spot as a late night show host?