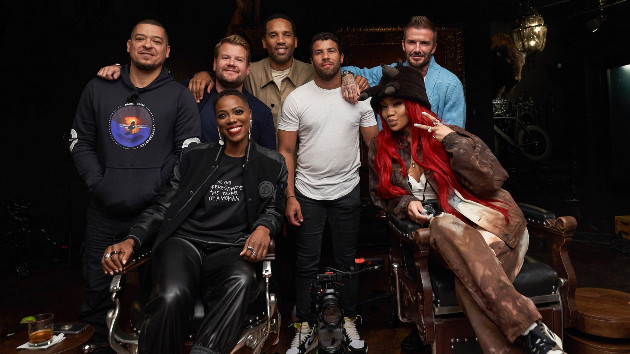 Rapper Saweetie and Insecure actress Yvonne Orji are taking a seat in the barber’s chair for an upcoming episode of HBO’s The Shop: Uninterrupted.

The two stars will be featured on the season four finale, which airs Friday, October 29 at 9 p.m. ET. They join David Beckham, James Corden, Bubba Wallace and Paul Rivera. Hosted by Maverick Carter, The Shop: Uninterrupted centers on thoughtful conversations and debates among some of the biggest names in sports and entertainment. Past guests have include Tom Brady, Jay-Z, Drake, Will Smith, and former President Barack Obama.

In other news, Tisha Campbell and Emerson Brooks will star opposite Neil Patrick Harris in Netflix’s new comedy series, Uncoupled, Deadline reports. They join the cast as series regulars. Campbell will play high-powered real estate agent Suzanne, while Brooks will portray Billy, a TV weatherman and close friend of Harris’ Michael. Uncoupled follows Harris as Michael, a man who thought “his life was perfect until his husband blindsides him by walking out the door after 17 years.” A release date for Uncoupled has not been set.

Finally, Tessa Thompson is helping to develop Raven Leilani’s best-selling, award-winning debut novel, Luster, into a TV series. According to Deadline, Thompson’s production company Viva Maude and the studio Gaumont are teaming up to adapt the work for HBO. The book, released in 2020, follows Edie, a Black artist living in Brooklyn who begins an affair with a white man in his forties. Their relationship becomes even more complicated when Edie movies in with him and his wife and she forms “an unexpected bond with their adopted Black daughter, Akila.” Casting details for Luster has not be announced.