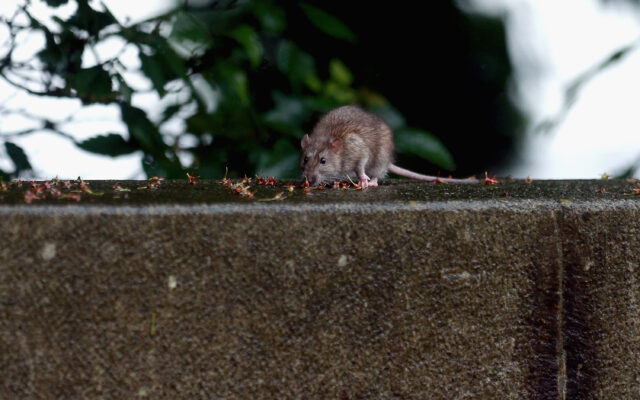 PASSAU, GERMANY - JUNE 03: A rat is saving itself on a wall, fleeing the rising river Inn on June 3, 2013 in Passau, Germany. Heavy rains across portions of Germany are causing flooding and ruining crops. (Photo by Johannes Simon/Getty Images)

Pest control company, Orkin has released their list of the 50 Rattiest Cities.

For the 7th consecutive year Chicago is #1. The rest of the top 10:

The ranking is based on the number of new rodent treatments performed between September 16, 2020 and September 15, 2021.

17 mins ago
Connect With Us Listen To Us On