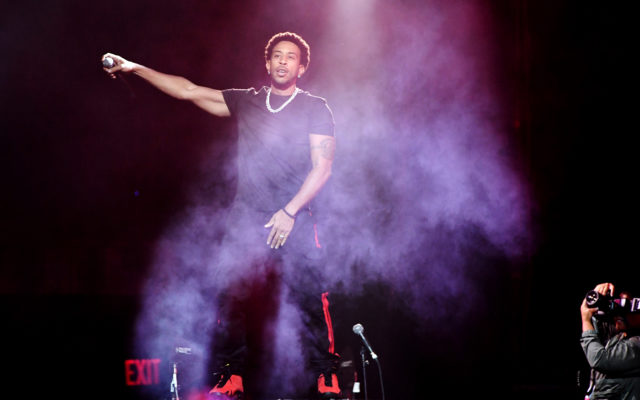 We’re not sure if it’s a major diss or a genius attempt to sell peanut butter but Ludacris’ new collaboration with JIF peanut butter is amusing, to say the least.

Titled “The Return,” Ludacris is seen wearing his signature braids from the early 2000s while in the studio struggling with his flow, something he’s never had a problem with, however, it isn’t until he eats a spoonful of Jif that he realizes that rapping with peanut butter in his mouth gives his flow a more mumbled effect.

Fellow Atlanta rapper Gunna also stars in the ad as a hype-man who thinks Luda’s new flow is “crazy.” Ludacris’ image goes from braids to an afro and emerges to his current image as he blows up thanks to his new mumbling lyrics.

Ludacris’ star grows so bright that he begins to rock festivals, however as he gets ready to step on stage he realizes he’s out of Jif, luckily Gunna is there to have his back and hands him a fresh jar just as he begins to perform.

Ludacris is using the Jif ad as a launchpad for his return, he released, “Butter.ATL” last week, which also spawned a #JifRapChallenge on TikTok where people can rap a verse of the song, “Butter.ATL” with a mouthful of peanut butter. Can you do it and still kill it?