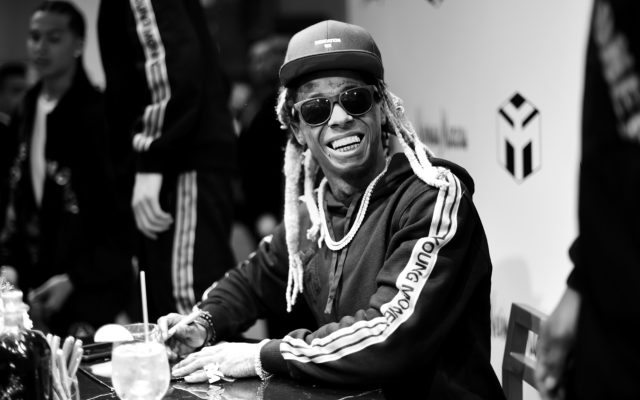 After avoiding jail time thanks to a pardon from former President Trump, Lil Wayne celebrated by going to the club and joining producer, Stevie J, for his birthday party.

Fans went crazy as Wayne stepped into the building with a blunt in one hand and a double styrofoam cup in the other.

Wheezy, who was maskless, faced 10 years after being charged and pleading guilty to handgun violations.

Do you rock with Wayne after finding out his pre-Election photo-op was more than likely during a meeting to help him get pardoned for his gun charge?