Lil Uzi Says Forehead Diamond Got Ripped out By Fan 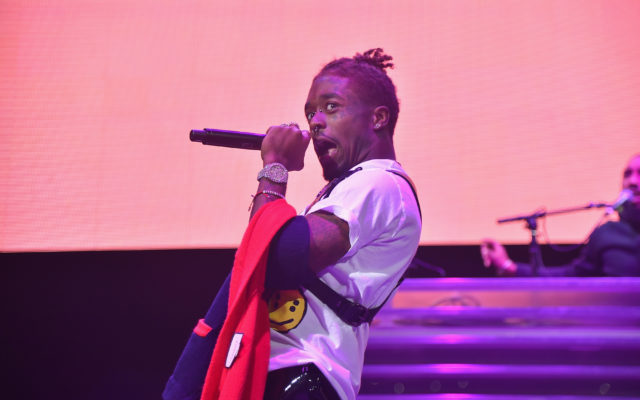 Lil Uzi is sharing details on where that infamous diamond that was in his head went.

He said things got a little intense during Rolling Out, and a fan ripped it out.

He claims that he did a stage dive at the event, and fans ripped it out of his forehead.

He also said he has no facial damage, and he now has a barbell in its place. He also still owns the ridiculously expensive diamond.

Do you think the diamond looked good? Would you ever get anything foreign implanted into your body?

Rihanna’s Hollywood Home on the Market

60 mins ago
Connect With Us Listen To Us On