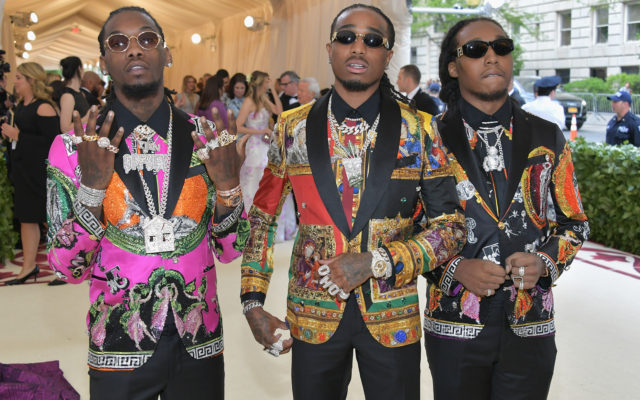 NEW YORK, NY - MAY 07: (L-R) Offset, Quavo, and Takeoff of Migos attend the Heavenly Bodies: Fashion & The Catholic Imagination Costume Institute Gala at The Metropolitan Museum of Art on May 7, 2018 in New York City. (Photo by Neilson Barnard/Getty Images)

Lil Pump is giving his two cents on who he thinks belongs on rap’s Mt Rushmore.

After My Mixtapez tweeted out the choices when it came to Atlanta rappers and Migos wasn’t on there, Lil Pump responded.

He chatted with TMZ, and he said the group should be added.

Since then, several others have commented about who they think the list should include.

Who do you think should be on the list?