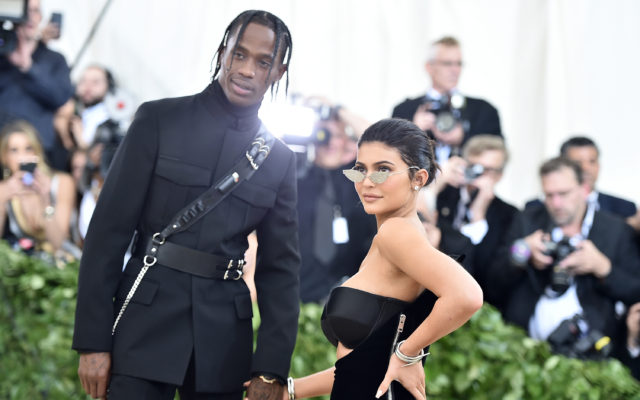 NEW YORK, NY - MAY 07: Travis Scott and Kylie Jenner attend the Heavenly Bodies: Fashion & The Catholic Imagination Costume Institute Gala at The Metropolitan Museum of Art on May 7, 2018 in New York City. (Photo by Theo Wargo/Getty Images for Huffington Post)

The former couple that is always spotted out as a couple spent Valentine’s Day together, yes Kylie and Travis we’re very confused by your relationship.

The two were spotted on the beach in Santa Barbara with their daughter, Stormi, who was having a playdate with a friend.

Later Kylie posted a video from a Hibachi dinner that was catered for the family to enjoy, complete with an onion volcano and heart-shaped fried rice.

According to E! News Kylie and Travis are still “madly in love” but aren’t a couple. ‘You can tell every time they are together that there is a lot of love there. Both of their faces light up when they are together and both seem very happy,’ said a source.

Do you think Travis and Kylie will get married in the future?