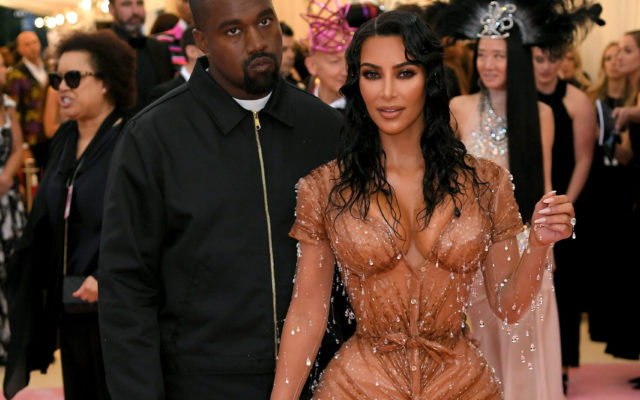 Kim Kardashian posted a sexy bikini picture on social media over the weekend.

The photo posted on Kim’s Instagram shows the reality show star perched atop a balcony overlooking palm trees and the ocean.

Kardashian is pictured wearing a brown bikini with a brown and white scarf tied around her head and oversized brown sunglasses but the most surprising part of the photo is her Yeezy’s which she’s showing off which seems to be in solidarity with her husband, Kanye.

There have been rumors circulating that the couple may be getting ready to divorce, however, with Kim sharing a picture wearing Yeezy’s, it’s a good sign that either the couple is moving in an amicable direction or they will remain solid in their relationship. Only time will tell.

What do you think Kim wearing Yeezy’s means for her relationship with Kanye?