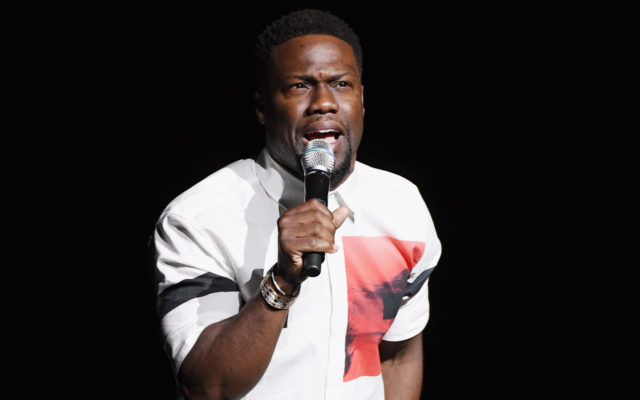 LAS VEGAS, NV - APRIL 25: Actor Kevin Hart speaks onstage during CinemaCon 2018 Universal Pictures Invites You to a Special Presentation Featuring Footage from its Upcoming Slate at The Colosseum at Caesars Palace during CinemaCon, the official convention of the National Association of Theatre Owners, on April 25, 2018 in Las Vegas, Nevada. (Photo by Ethan Miller/Getty Images for CinemaCon)

Kevin Hart has a new project coming out on Netflix called ‘Fatherhood’.

The comedy-drama is about a man who struggles to raise his daughter alone after his wife dies unexpectedly.

Kevin Hart said in a recent interview, “I gotta be honest with you, I think the scenes that really popped for me are the hair ones for sure. I definitely struggled trying to do my little girl Heaven’s head. There were times when I was left with the responsibility and I just didn’t know what to do. Her hat collection is amazing.”

Fatherhood is out on Netflix on Friday.

What was the biggest lesson you learned through parenthood? What was your biggest obstacle?