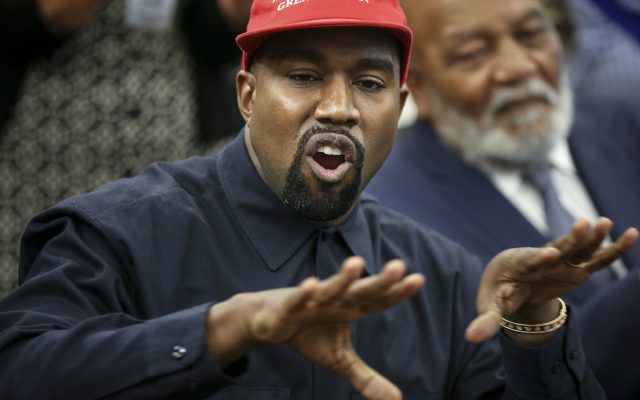 Kanye West is known for always making peculiar fashion statements, and at a recent football game, he didn’t disappoint.

He was spotted after his Donda album listening party at the Atlanta United and Columbus Crew game.

He wore a pair of tights over his head, a bright red jacket, and pants.

Sadly, fans are still waiting for the release of Kanye’s new album. It is rumored to arrive on August 6th.

Would you let Kanye be your stylist?