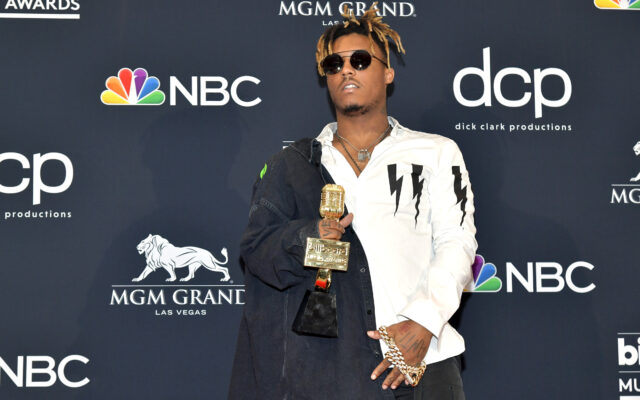 LAS VEGAS, NEVADA - MAY 01: Juice Wrld poses with the award for Best New Artist in the press room during the 2019 Billboard Music Awards at MGM Grand Garden Arena on May 01, 2019 in Las Vegas, Nevada. (Photo by Amy Sussman/Getty Images for dcp)

A trailer for the new project called ‘Fighting Demons’ revealed that the album will be dropping next month.

The message from the video said, “You are not your struggles. Addiction, anxiety, depression do not define you. One of the greatest artists of our generation shared his own battle.”

The video features clips from the late Juice WRLD and he said, “Me talking about certain things can help somebody else. If you feel like you have anxiety or depression, they’re gonna look at you like you’re crazy. That’s not how it should be, but that’s how it is, and that needs to change.”

‘Fighting Demons’ is set to drop on December 10.

Which two artists would you like to see work together?