‘It Shouldn’t Have Taken This Many Years’: Social Media Reacts To R Kelly Conviction 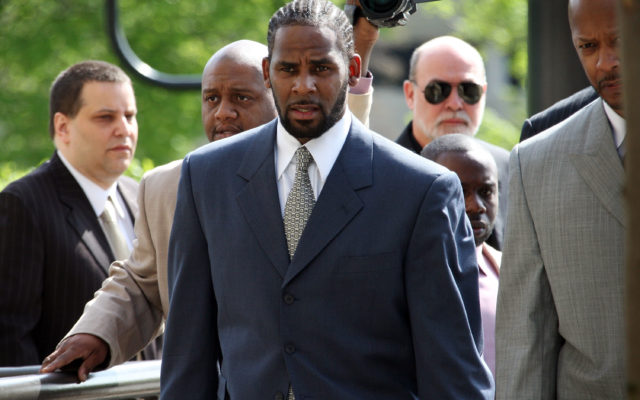 CHICAGO - MAY 09: R&B singer R. Kelly (L) arrives at the Cook County courthouse where jury selection is scheduled to begin for his child pronography trial May 9, 2008 in Chicago, Illinois. Kelly has been accused of videotaping himself having sex with a girl believed to be as young as 13 years old. Kelly faces up to 15 years in prison if convicted. (Photo by Scott Olson/Getty Images)

As news of R. Kelly’s guilty verdict broke on Monday (September 27th) social media reacted saying, “It shouldn’t have taken this many years.”

The verdict comes after two decades of Kelly’s abuse of young girls and women who he controlled, sexually abused, and kidnapped. He’s also charged with racketeering and violating the Mann Act which prohibits anyone from crossing state lines with anyone for “any immoral purpose.”

One Twitter user wrote, “R Kelly was found guilty today. When girls and women decide to come forward, it should not take 20 years or 10 years, or five years to see justice. People can help by telling on these predators instead of watching it happen. Stand up for young girls and women. #women #realfeminism.”

R. Kelly faces 10 years to life in prison and still faces a federal trial in Chicago and state trials in Illinois and Minnesota.

What are your thoughts on R. Kelly’s guilty verdict?