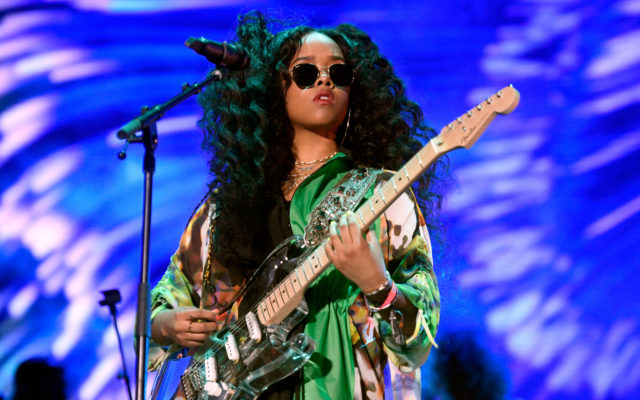 H.E.R, Jazmine Sullivan, and Eric Church gave football fans all the feels with their performances of the National Anthem and “American The Beautiful.”

Jazmine Sullivan and Eric Church came together for The National Anthem, Church played the guitar and started with the first verse followed by Sullivan belting out the second verse before both of the artists came together for a powerful conclusion.

Church had said previously that he would never perform The Star-Spangled Banner, however, after hearing Sullivan’s voice he changed his mind saying, “I’m not missing a chance to sing with her. And that was it, once I heard her voice, I said, ‘Okay, I’m in.'”

H.E.R. performed “America The Beautiful” while giving it her signature with the guitar. Social media praised the performances and was the unity we needed to see.

What did you think of the patriotic performances from H.E.R., Jazmine Sullivan, and Eric Church?