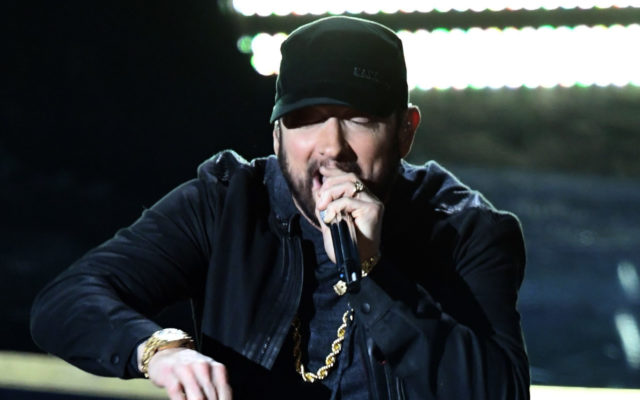 A clip of Eminem being interviewed on Sportscenter with UFC president Dana White was posted by former UFC heavyweight Brendan Schaub and the rapper’s comments were surprising.

Eminem’s music has been used to promote UFC fights including the upcoming UFC 257 card and in the clip, Eminem is talking to White saying, “The best part about your opinion is that it doesn’t matter. And if every fighter that you had listened to your opinion when you doubted them, you wouldn’t have a f*cking league.”

It’s unclear the context of the conversation and why Eminem took a jab at the UFC President, however, the full interview is set to be released soon.

Why do you think Eminem took a jab at Dana White?

Mariah Carey invites fans to her NYC penthouse for the holidays