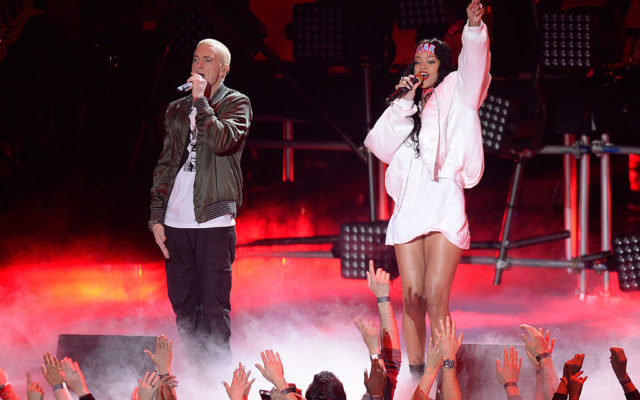 Eminem surprised fans with new music and an apology. Music to Be Murdered By – Side B is a follow-up to Em’s January album and features a song where Eminem apologizes to Rihanna for siding with Chris Brown.

On the track “Zeus”, he raps: “And wholeheartedly apologies Rihanna for that song that leaked / I’m sorry, Rih, it wasn’t meant to cause you grief / But regardless it was wrong of me.”

According to Eminem’s representative, Dennis Dehenny, the song that Eminem is referring to is over ten years old and was recorded, scrapped, and rewrote. The song was leaked last year.

Do you think Rihanna should respond to Eminem’s apology?