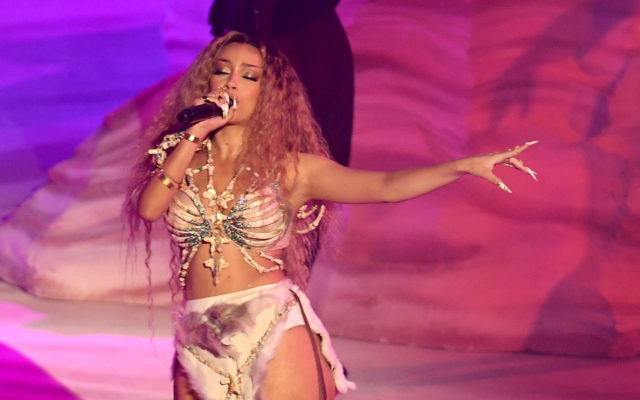 Doja Cat is gearing up for her third studio album, “Planet Her.” The “Kiss Me More” rapper/singer enlisted several artists to be a part of the new album.

“Planet Her” is a 14-track album, which Doja describes as more “consistent” than her breakthrough album. She says the new album will be like her “Hot Pink” album where all of the songs were sonically different.

“Planet Her” is set to be released on June 25th.

Which collaboration song are you most excited to hear from Doja Cat?