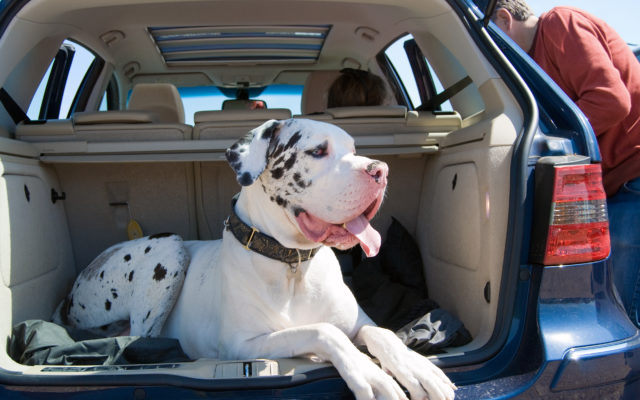 Enormous Great Dane dog with Harlequin markings laying in the boot/trunk of the car.

Crews were able to rescue a dog from a likely death, after it was left trapped in a hot car in a parking lot at Walt Disney World.

The pooch was discovered by another park visitor who heard it barking as she was getting ready to leave.  She called for help and waited in her car until security was able to free the dog and give it some water.

Authorities say the dog would likely have died within an hour if it hadn’t been rescued.

The Orange County Sheriff’s Office say the owner was found inside the park and left after being reunited with the dog.  No charges have been filed.

What kind of person would leave their dog in the car while they went to Disney World?  Should they face criminal charges?