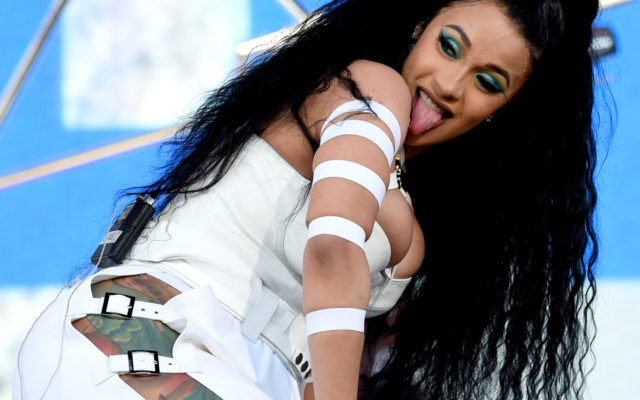 INDIO, CA - APRIL 22: Cardi B performs onstage during the 2018 Coachella Valley Music And Arts Festival at the Empire Polo Field on April 22, 2018 in Indio, California. (Photo by Kevin Mazur/Getty Images for Coachella)

Cardi B sat down with Billboard to talk about her new job as creative director for “Playboy.”

“I’ve been meeting with [Playboy] since May. I gave them some ideas that I have because I want the brand. I want sex. Sex appeal. I’m a wild girl,” Cardi told Billboard. “And that’s what I want on the brand. I want to have conversations that people are afraid to have. I want beautiful women.”

When asked what some of her ideas were she told Billboard, “I just think of Playboy like back-in-the-day Playboy. That’s what I want. I want to bring that back. I’m excited but now I’m getting a little bit overwhelmed because I could get a lot of pressure, but I know that I could do it.”

Do you think Cardi will be able to revive the Playboy brand?