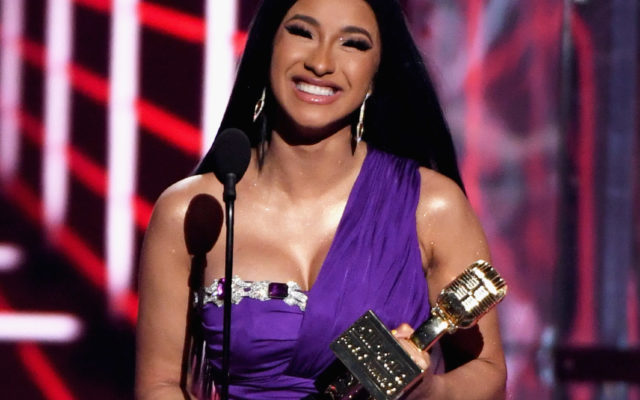 LAS VEGAS, NV - MAY 01: Cardi B accepts Top Hot 100 Song for "Girls Like You" (Maroon 5 featuring Cardi B) onstage during the 2019 Billboard Music Awards at MGM Grand Garden Arena on May 1, 2019 in Las Vegas, Nevada. (Photo by Ethan Miller/Getty Images)

Cardi B accepted her Billboard Woman of the Year award on Thursday evening which was presented by Breonna Taylor’s mother, Tamika Palmer.

Ms. Palmer noted that Cardi was one of the most outspoken advocates for Breonna and credited Cardi for sharing the truth about her murder.

While accepting the Woman of the Year Award Cardi spoke about the difficulties of creating in 2020 and her gratefulness for being able to put out “WAP” with Megan Thee Stallion.

Did Billboard get it right? If not Cardi, who do you think should’ve received the Woman of the Year honor?