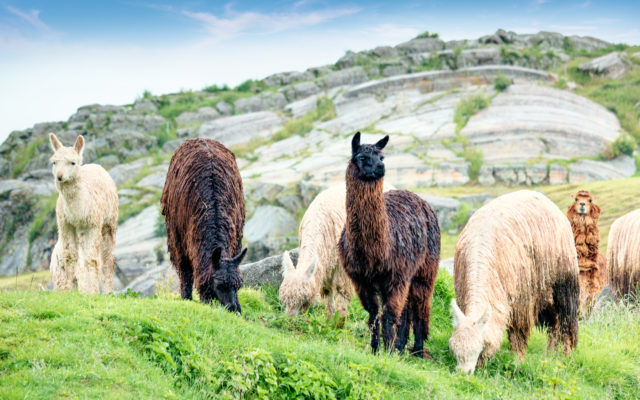 Alpacas and llamas in Sacsayhuaman, Cuzco, Peru. Image taken outdoors, daylight, no people in the image.

Brother and Sister naturally have rivalries and one brother who promised that he would bring a llama to his sister’s wedding actually made good on it.

Mendl Weinstock says that when his sister started talking about her wedding five year ago before she was even dating her teased her saying, “if she makes me come to the wedding, I am bringing a llama with me.”

After arguing over it, Weinstock’s sister finally invited the llama so when the big day arrived, Mendl showed up with a llama in a tuxedo.

“I hate you,” Mendl’s sister said when she saw the llama. Weinstock’s sister says it was all in good fun and it didn’t ruin her big day. The video of the prank has since gone viral with over 156,000 likes and 3,600 comments in two days.

What is the worst thing your brother or sister has done to you?