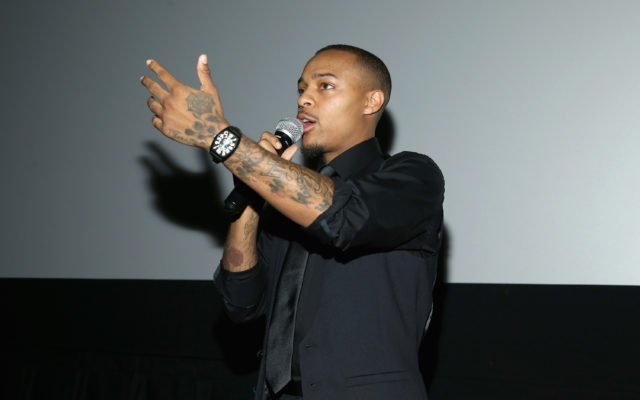 NEW YORK, NY - MAY 16: Shad "Bow Wow" Moss speaks at the WE tv's Growing Up Hip Hop Atlanta premiere screening event on May 16, 2017 in New York City. (Photo by Bennett Raglin/Getty Images for WE tv)

During a recent Q&A on Twitter, Bow Wow expressed wanting to be honored for his impact at the next BET Awards.

Bow Wow said, “BET should honor me next year at the hip hop awards. I don’t want them to wait till I’m 44 years old. Plus ill be the youngest artist in history to get that award ever.”

Many people on Twitter disagreed with Bow Wow, which forced him to defend himself.

He tweeted, “Go look up my stats and see what I’ve don’t my whole career… and u tell me I why it can’t be sooner.”

Do you think Bow Wow should be honored for his contribution to music?