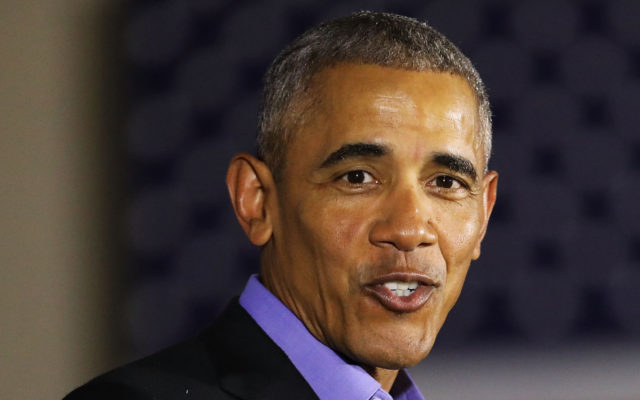 NEWARK, NJ - OCTOBER 19: Former President Barack Obama speaks at a rally in support of Democratic candidate Phil Murphy, who is running against Republican Lt. Gov. Kim Guadagno for the governor of New Jersey on October 19, 2017 in Newark, New Jersey. This is Obama's first return to the campaign trail to stump for Democratic gubernatorial candidates in New Jersey and Virginia as they prepare for next month's elections. (Photo by Spencer Platt/Getty Images)

Barack Obama was a guest on The Tonight Show with Jimmy Fallon recently (December 4) and the two reminisced over a segment they had done called, “Slow Jam the News.”

Their conversation went back to 2016 when Obama was asked to rigidly sing “Work” by Rhianna.

Barack recalled wanting to sing the song more like how Rihanna sings it, however, Jimmy said he was relieved he chose a more subtle tone for the song.

“Are you saying that that would have affected my legacy?” Obama asked jokingly. “Because that is a jam, and I know that jam well, so I’m a little insulted that you didn’t think I could pull it off.” “Work” actually is one of Barack’s favorite songs, he included it on his 2020 Summer playlist.

What song can you sing effortlessly? Do you sing it better than the artist?