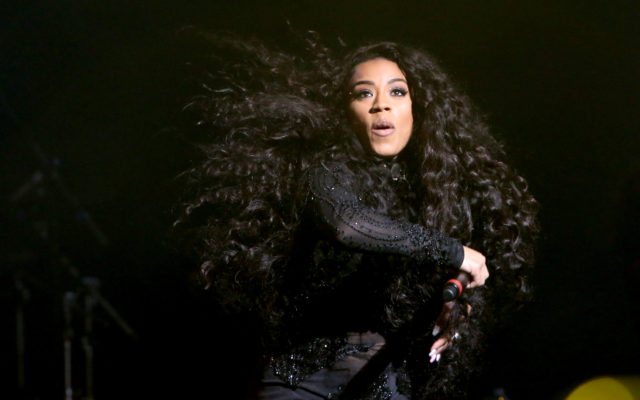 LOS ANGELES, CA - JUNE 23: Keyshia Cole performs onstage during night two of the Late Night Concert during the 2017 BET Experience at The Novo by Microsoft on June 23, 2017 in Los Angeles, California. (Photo by Maury Phillips/Getty Images for BET)

Now that the Ashanti and Keyshia Cole Verzuz is over, Ashanti is talking about the most memorable moment of the battle: Keyshia Cole showing up really late.

She kept it all positive and said, “I just felt like as women camaraderie, if someone is late, you know, you hold on a little bit.  This thing has been already up and down—the cancelations, the postponements, now it’s late. So, I said, ‘I’m going to wait a bit longer, and then I’ll go out.’’So I did.”

She also addressed Keyshia’s demeanor during the event, and said, “Everyone has their days, you know what I mean. There was probably a lot of stuff going on. It’s a lot of pressure. When you think of that many people with eyes on you, you know what I mean? If her stuff wasn’t together, of course, you’re going to be frustrated.”

She added, “So on top of being nervous and then having to deal with all of that, of course, you’re going to be a little flustered. So I would just assume that played a part into it.”

Who won the Verzuz, Ashanti or Keyshia?