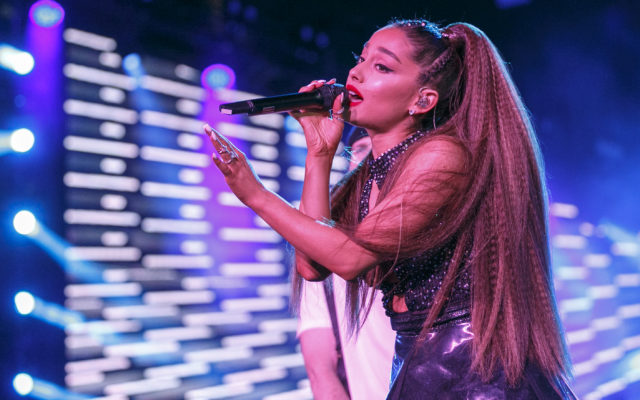 LOS ANGELES, CA - JUNE 02: (EDITORIAL USE ONLY. NO COMMERCIAL USE) Ariana Grande performs onstage during the 2018 iHeartRadio Wango Tango by AT&T at Banc of California Stadium on June 2, 2018 in Los Angeles, California. (Photo by Rich Polk/Getty Images for iHeartMedia )

It’s been three years since the attack in Manchester Arena at Ariana Grande’s concert and she continues to keep the people of Manchester close, especially during the holiday season.

Another baby who had been discharged from the neonatal unit got gifted a blanket and a note which read ‘Happy Holidays! Love Ariana Grande.’