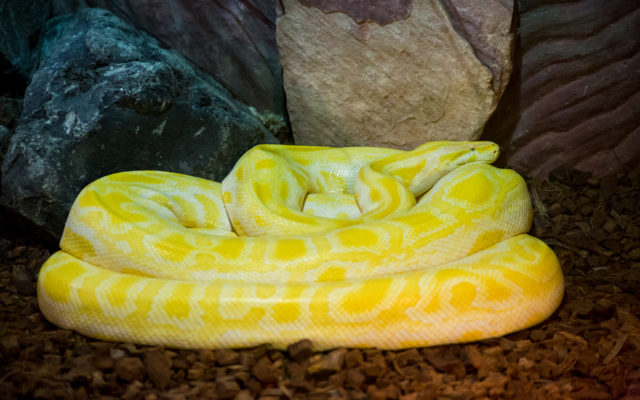 A yellow boa constrictor asleep and curled up, Wallonia, Belgium.

What happens in Vegas, stays in Vegas – even if we’re talking about dozens of giant snakes.

Las Vegas police were following up on a gang investigation when they found more than 30 boa constrictors in a Southern Highlands home.

While it might sound like something illegal was going on, Animal Control officers said the owner was not breaking any laws, and appeared to be taking proper care of the animals – so the officers left without taking any further action.

Could you live in a house with 30 boa constrictors?  What about just one?